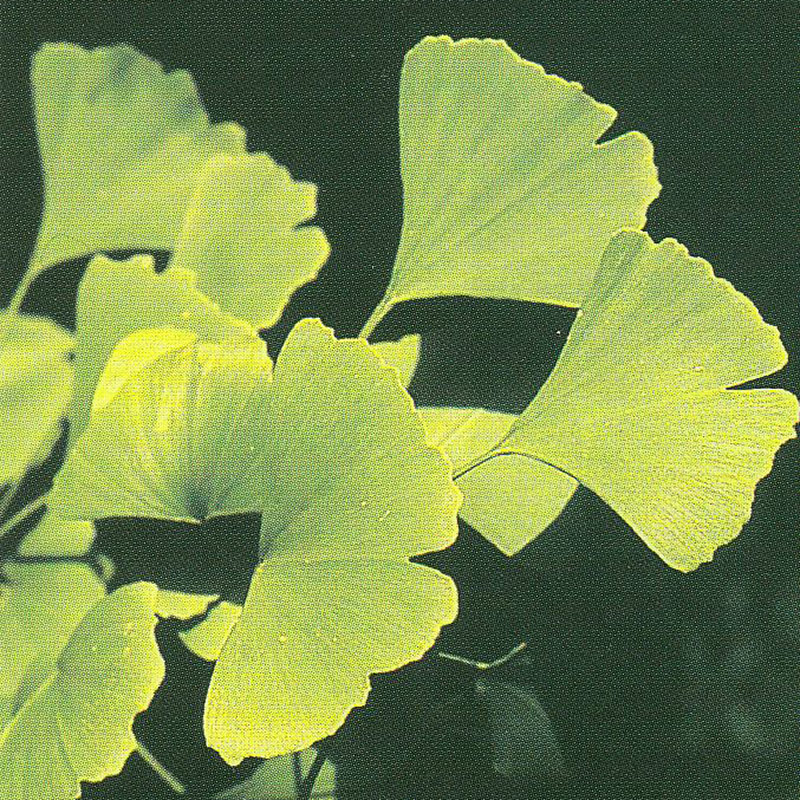 The ginkgo tree grows up to 30 to 40m high, it is the only living Mesozoic representative on Earth in the widespread Ginkgoatae, a subspecies of the gymnosperms. It is native to eastern Asia, but it is no longer wild there, but has been cultivated since ancient times as a temple tree. Since it is very decorative and highly resistant to air pollution, it is now planted in Europe and North America, in cities as an ornamental tree. The tree is dioecious, i.e. there are trees with male and trees with female blossoms. The Latin name is the result of a spelling error, the fighter (1651-1716) from the Japanese word "gin = silver" and "kyo = fruit" has been formed and was adopted by Linnaeus (actually Ginkyo). Thus referring to the silvery, edible seeds in the apricot-like fruit. The epithet biloba refers to the tree with its typical bilobed leaves with their forked venation (Latin bilobus = bilobed).

The dried leaves are used

Prepared drugs: see package insert;
With a tea made from ginkgo leaves the effective dose is not reached, so drinking a ginkgo tea is discouraged. Additionally, the concentration of harmful ginkgolic in the commercially available tea is not controlled.

Ginkgo preparations must be avoided in any form with hypersensitivity to Ginkgo biloba. During pregnancy and breast-feeding ginkgo should not be used without consulting the doctor, because as yet there is no experience on its harmlessness.

When taking ginkgo, mild gastrointestinal complaints, headaches or allergic skin reactions may occur very rarely. Individual cases of bleeding were observed with the long-term use of ginkgo, their causal association with the use of ginkgo preparations is uncertain. A simultaneous intake of drugs that inhibit blood clotting is discouraged.