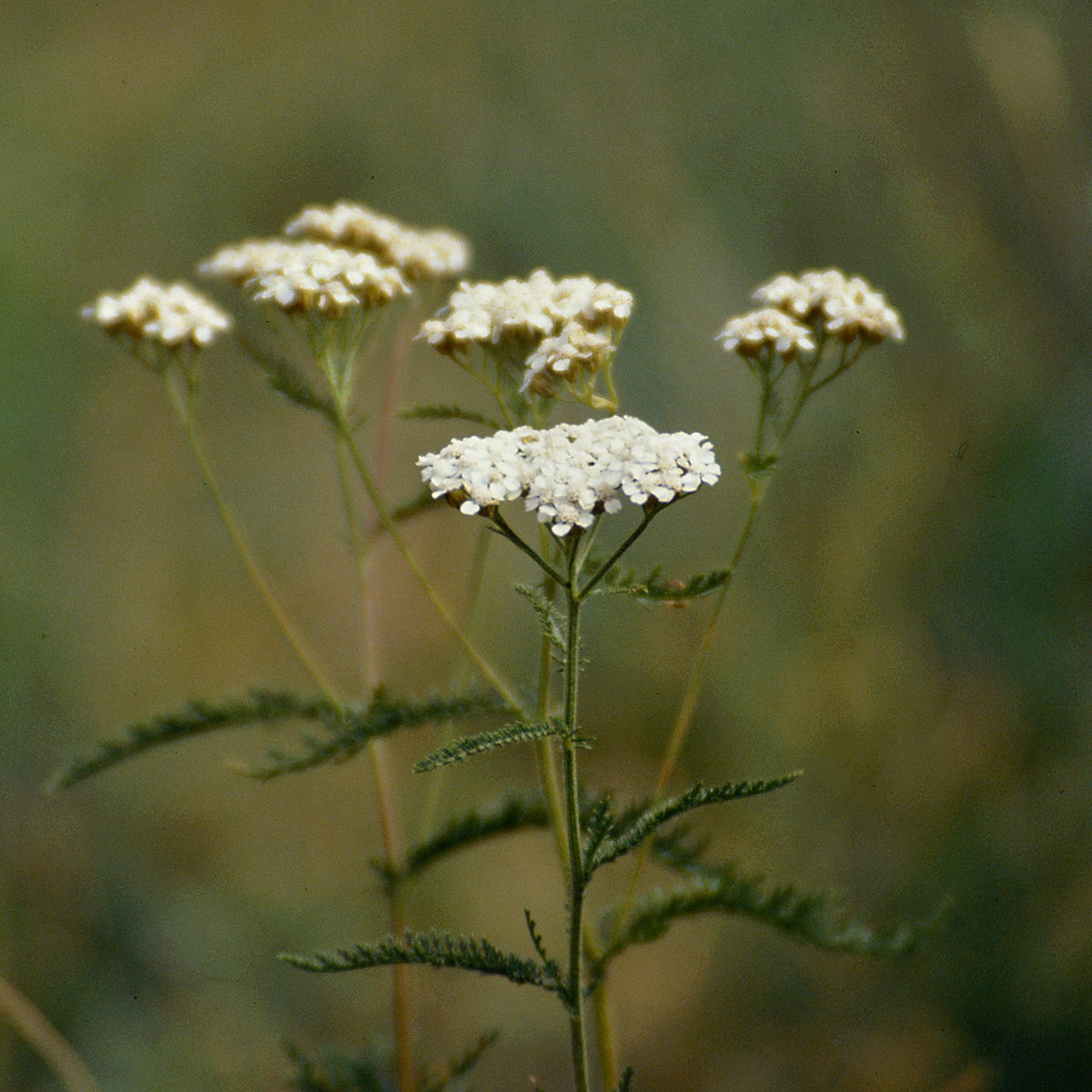 The addition of "sl" (sensu latiore = in the broader sense) at the end of the botanical name of the plant means that it is a diverse collection of species. The Achillea millefolium group includes many smaller species that colonise, with their different demands on soil and climate in different areas throughout Europe. We find them in meadows, pastures, dry fields and along roadsides. Achillea is the "herb of Achilles." Achilles came to Troy in search of Mysia, and injured the king of the Mysians, Thelephos, on the thigh. He healed the wound with a medicinal plant, which was later interpreted as yarrow. The epithet millefolium refers to the characteristic shape of the leaves. They are repeatedly pinnatisect with numerous, very narrow leaflets, which give the impression of "a thousand leaves" (Latin mille = thousand, folium = leaf). Many flower heads are in corymbs on the top of heavily branched stems. They are 5 to 8mm in diameter and have relatively small 4-6 white to pinkish red round florets and only a few pale yellow tubular flowers.

The dried, flowering shoots with leaves, flowers and stems are used. The commercially available drug comes from South Eastern and Eastern European countries and also from Germany.

The quality of yarrow herb (herba Millefolii) is specified in the European Pharmacopoeia (Ph. Eur).

Internally for loss of appetite, dyspeptic complaints such as mild cramp-like discomfort in the gastrointestinal area, in the form of sitting baths for painful spasmodic conditions psychophysiologic origin in the pelvis of women (Pelvipathia vegetativa) (Commission E, ESCOP). ESCOP also recommends the use of Yarrow to treat mild skin and mucous membrane inflammations.

Traditionally used to support the digestive function and to improve the condition if one feels unwell (traditional use acc. to § 109a).

Pour 150ml of boiling water over 2 cups of finely chopped yarrow and strain after 10 to 15 minutes.
For sitting baths make an infusion with 100g yarrow herb to 1 to 2 L of water, which is added for 20 minutes after drawing the bath water.

Yarrow or yarrow preparations must be avoided if you already have allergies to other compositae. There are currently no studies available on the application of yarrow during pregnancy and breast-feeding as well as for use in children under 12 years old.